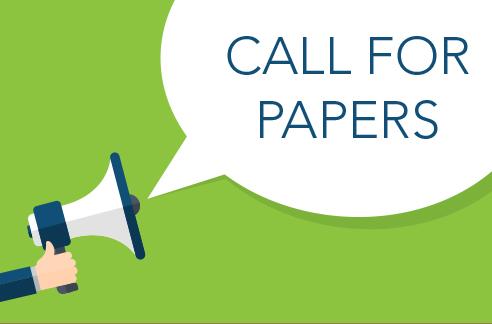 Back to Beginnings: Revisiting the Preambles of European Treaties Call for Papers

The 4th annual Young European Law Scholars Conference (YELS) will be held on Thursday 20 and Friday 21 May, 2021, at the University of Zurich. The conference is organised in cooperation with the University of Zurich and the Liechtenstein Institute, and sponsored by the European Society of International Law. We invite young European law scholars (i.e. scholars who have not yet secured a full professorship) to contribute to an academic debate on the topic ‘Back to Beginnings: Revisiting the Preambles of European Treaties’. All scholars whose papers have been selected will be given the opportunity to present their work, and to receive feedback from a distinguished senior European law scholar.

In recent years, discussions about the crises in, and the future of, Europe have been at the centre of European legal studies. Instead of revisiting these well-researched topics, it seems appropriate to take a step back and focus on the beginnings of European treaties — namely on their preambles. International treaties are commonly preceded by a preamble. European treaties, such as the Treaty on European Union (‘TEU’), the Treaty on the Functioning of the European Union (‘TFEU’), the EEA Agreement, the bilateral agreements between Switzerland and the EU, as well as the European Convention on Human Rights (‘ECHR’), and the European Social Charter are no exception in this regard. The planned framework agreement between the EU and Switzerland and the future agreement between the EU and UK will, too, most likely be preceded by a preamble. Preambles are usually highly indeterminate, refer to a range of values and ideals, and do not establish concrete rights and obligations. Nevertheless, according to Article 31(2) of the Vienna Convention on the Law of Treaties, the preamble forms an integral part of the treaty and must be used in the interpretation of its provisions. The recitals of the preamble reveal both the telos of the treaty and the historical motives of the contracting parties. They set out intentions which have led the parties to conclude the respective treaty, and they provide information on the context out of which the treaty arose. In short, the preamble at the beginning of a treaty defines its purpose and must therefore be given due consideration in legal practice and legal scholarship. In light of the above, we invite young European law scholars to revisit the preambles of European treaties: Which missions do the preambles contain? Have the treaties lived up to what they promise in their preambles? Are Member States and international/supranational organizations on the right track to achieve the set objectives? Are preambles largely aspirational – and potentially empty – phrases? What is the significance of the changes that have been made to the preambles over time, e.g. to the Treaties of the European Union (or before the European Community) or to the ECHR? Do the preambles have to be changed to meet the new challenges of our time?

These questions can be answered in light of all European treaties and the wide range of objectives their preambles set out for their signatories, such as (but not limited to):

⎯ “confirming their attachment to the principles of liberty, democracy and respect for human rights and fundamental freedoms and of the rule of law” [TEU];

⎯ “affirming as the essential objective of their efforts the constant improvements of the living and working conditions of their peoples” [TFEU];

⎯ “considering the objective of establishing a dynamic and homogeneous European Economic Area, based on common rules and equal conditions of competition and providing for the adequate means of enforcement including at the judicial level” [EEA Agreement];

⎯ “affirming that the High Contracting Parties, in accordance with the principle of subsidiarity, have the primary responsibility to secure the rights and freedoms defined in this Convention and the Protocols thereto, and that in doing so they enjoy a margin of appreciation, subject to the supervisory jurisdiction of the European Court of Human Rights established by this Convention” [new recital of the ECHR according to Protocol No 15];

⎯ “being resolved to make every effort in common to improve the standard of living and to promote the social well-being of both their urban and rural populations by means of appropriate institutions and action” [European Social Charter].

We invite young European law scholars to submit (1) an anonymised abstract (max. 600 words) and (2) a short CV by 15 October 2020 to yels2021@rwi.uzh.ch on any aspect of the overall topic. Contributions shall be submitted and presented in English. Applicants will be informed about the outcome of the selection process no later than 15 November 2020. If successfully selected, full papers (8,000-10,000 words, including footnotes) must then be submitted by 31 March 2021 for circulation among commentators and registered conference members. After the conference, we propose to publish a revised version of the papers, adequately taking into account the feedback received from the commentators and participants.

The conference will take place on Thursday afternoon, 20 May 2021, and the full day on Friday, 21 May 2021. Participants will present their papers in thematic panels and receive individual feedback by senior European law scholars, followed by a plenary discussion. We are also happy to announce that on Thursday evening, Professor Juliane Kokott, Advocate General at the European Court of Justice, will give a keynote speech on the overall topic of the conference. The conference organizers plan to reimburse the travel and accommodation expenses incurred by the conference participants presenting a paper, although no guarantee can yet be provided at this stage.

Scopus call for papers: Special Issue on Implications of Artificial Intelligence (AI) for Decision-Making and the Future of Work @Elsevier