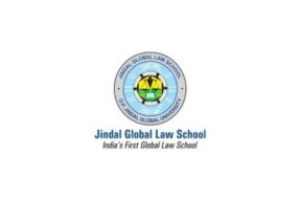 About the Jindal Global Law School

In 2009, JGU began its first academic session with the establishment of India’s first global law school. JGLS is committed to providing global legal education to its students. To fulfill this objective, the curriculum and pedagogy is designed to give extensive exposure to students to domestic, international and comparative law courses.

JGLS has also entered into collaborations, exchange programmes, research partnerships and other forms of engagement and interaction with top universities and institutions across the globe which are willing to share their invaluable intellectual resources developed over decades. There are faculty and student exchange programmes and academic collaboration arrangements with leading law schools, such as Harvard, Yale, NYU, Sydney, Keio and many other reputed universities in the world. All these attributes make it JGLS the best law school in Delhi.

About the Centre for Alternative Dispute Resolution

The Centre for Alternative Dispute Resolution invites you to the second SIAC-CADR Lecture on “Emergent Issues in International Commercial Arbitration”. In this series, members of the SIAC give a series of lectures on emergent issues in international arbitration, as well interact with the students of the JGU.

SIAC has established a track record for providing best in class arbitration services to the global business community. SIAC arbitration awards have been enforced in many jurisdictions including Australia, China, Hong Kong SAR, India, Indonesia, Jordan, Thailand, UK, USA and Vietnam, amongst other New York Convention signatories. SIAC is a global arbitral institution providing cost-competitive and efficient case management services to parties from all over the world.

SIAC’s Board of Directors and its Court of Arbitration consists of eminent lawyers and professionals from all over the world.

During law school, Chahat was the Convenor of the Journals and Publication Society and the Co-Convenor of the Moot Court Society. He also participated in moot court competitions and has won individual and team awards. Prior to joining SIAC, he was a Senior Associate at one of India’s top-tier law firms and has assisted leading Senior Advocates in various arbitrations and litigations.