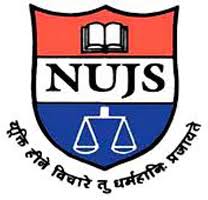 The WBNUJS invites applications for filling the Post of Registrara.

The West Bengal National University of Juridical Sciences was established under the WBNUJS Act, 1999 (West Bengal Act IX of 1999) adopted by the West Bengal Legislature in July, 1999. The University was notified under Clause (f) of Section 2 of the UGC Act, 1956 in August 2004 and has been granted permanent affiliation by the Bar Council of India in July 2005.

The West Bengal National University of Juridical Sciences, Kolkata, is an academic community committed to the pursuit of knowledge, wisdom, discovery and creativity. Its mission is to provide student centric education and foster personal and intellectual growth to prepare students for productive careers, meaningful lives and for becoming responsible citizens.

VACANCY | Legal Officer at Centre for Development of Advanced Computing: Apply by July 28

RGNUL Call for Application for the Position of Field Investigator (Maharashtra) for research on “Status of Radicalization in India: An Exploratory Study of Prevention and Remedies”