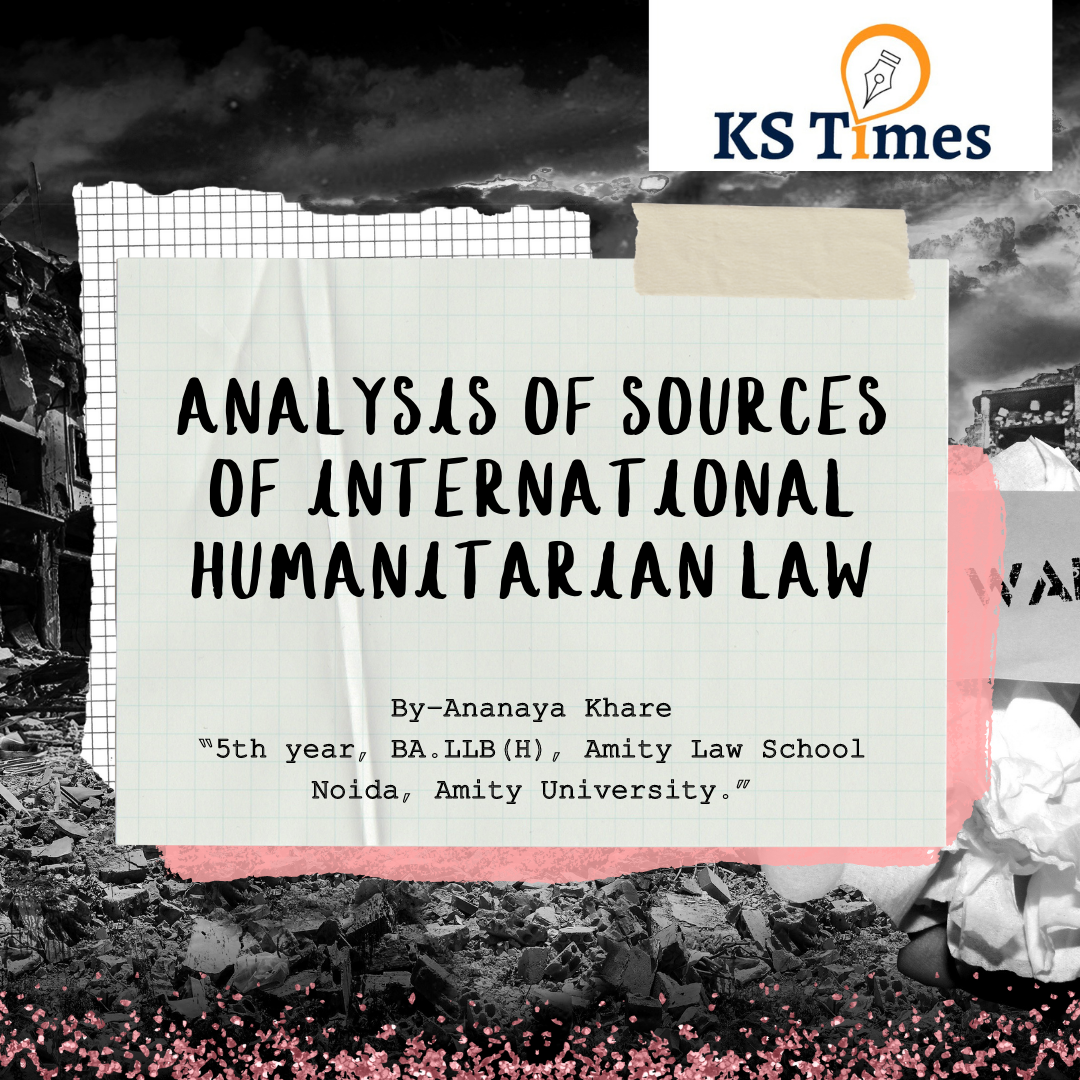 IHL has its origins in bilateral accords, particularly in circumstances of prisoner of war treatment and exchange. IHL was codified and developed in a systematic and progressive manner in international law far earlier than many other aspects of international law. After major conflicts, development and codification took place, taking into consideration flaws and new developments in military technologies and techniques. This is most likely why IHL is known as “one battle behind.”

Nonetheless, IHL has become one of the leading codified aspects of international law as a result of this systematic codification and gradual commitment to learning from its failures. Furthermore, among other branches of international law, IHL treaties are considered to be the most acceded treaties.

“The Geneva Conventions of 1949”1 They are practically universal, with about 195 countries agreeing to them. The Geneva Conventions have gained the character of customary international law as a result of their widespread adoption. Treaties typically bind only those states that have expressly agreed to them and become parties to them.

The following are the significant treaties and conventions that govern the activities of the
participating nations in the armed conflicts:
• The Hague Conventions of 1899 and 1907, particularly the Hague Convention IV 1907 on Laws and Customs of War on Land Regulations;
• The four 1949 Geneva Conventions2 ; and

Unwritten standards of law arising from state practice or behavior are discussed as customary international law. Traditions of war are a corpus of laws that deal with armed conflict, which is drawn from “state practice.” 3. It has its origins in the usual practices of armies as they grew over time and across continents. Because the treaties did not codify all aspects of custom, the “Martens Clause” and later the “Additional Protocol I to the Geneva Conventions.”4 Reassert the relevance of customary international law. The Martens Clause states,

“Until a more complete code of the laws of war is issued, the High Contracting Parties think it right to declare that in cases not included in the Regulations adopted by them, populations and belligerents remain under the protection and empire of the principles of international law, as they result from the usages established between civilized nations, from the laws of humanity and the requirements of the public conscience.— Convention with respect to the laws of war on land (Hague II), 29 July 1899.” 5

State practice might include both physical and verbal actions. When applicable, abstention from specific behaviors is also recorded. Official practice, on the other hand, should be included in the practice. The executive, legislative, and judicial branches of government may all act significantly in the development of customary international law. At least one other country or pertinent international organization must be notified of the act. International organizations have an international legal personality of their own and therefore can engage in global relations as their right, independent of their member nations. Their practices, in turn, can also help in shaping customary international law.

Furthermore, state practices must be nearly uniform, wide, and representative to create a protocol of rules for customary international law. This requirement, however, does not require a set time to be met. Secondly, the prerequisite for showing the presence of a rule of customary international law is the opinion Juris sive necessitatis. This refers to the demand that the procedure is followed as a legal requirement. Opinion Juris, as defined by the
‘International Court of Justice (ICJ),’ is “a view that this activity is made compulsory by the existence of a rule of law requiring it.” It means that the requirement is a legal one, rather than one based on courtesy or simple compliance.

The “International Committee of the Red Cross (ICRC)” 8 performed wide-ranging research on customary IHL, which was published in 2005-06 and included a detailed review of state behavior in the field. Many of the IHL treaties and rules have also developed into customary international law. As a result, they apply to all countries, including those that are not signatories to the applicable treaties.

In judicial rulings dealing with these issues, the norms governing armed conflict can also be found. War crimes accused are being adjudged and prosecuted before national or international tribunals, which frequently arise and resolve issues relating to the laws of war. Thus, war crimes prosecution has taken post-World War II, as well as the case-law of the “‘International Criminal Court and the ad hoc International Criminal Tribunals’ for the former Yugoslavia (ICTY) and Rwanda (ICTR),” deal with questions of war law. The International Court of Justice’s judgments on IHL-related issues is also quite useful as a source of IHL.

Recreational use of organic drugs to herbs – illegal to legal?