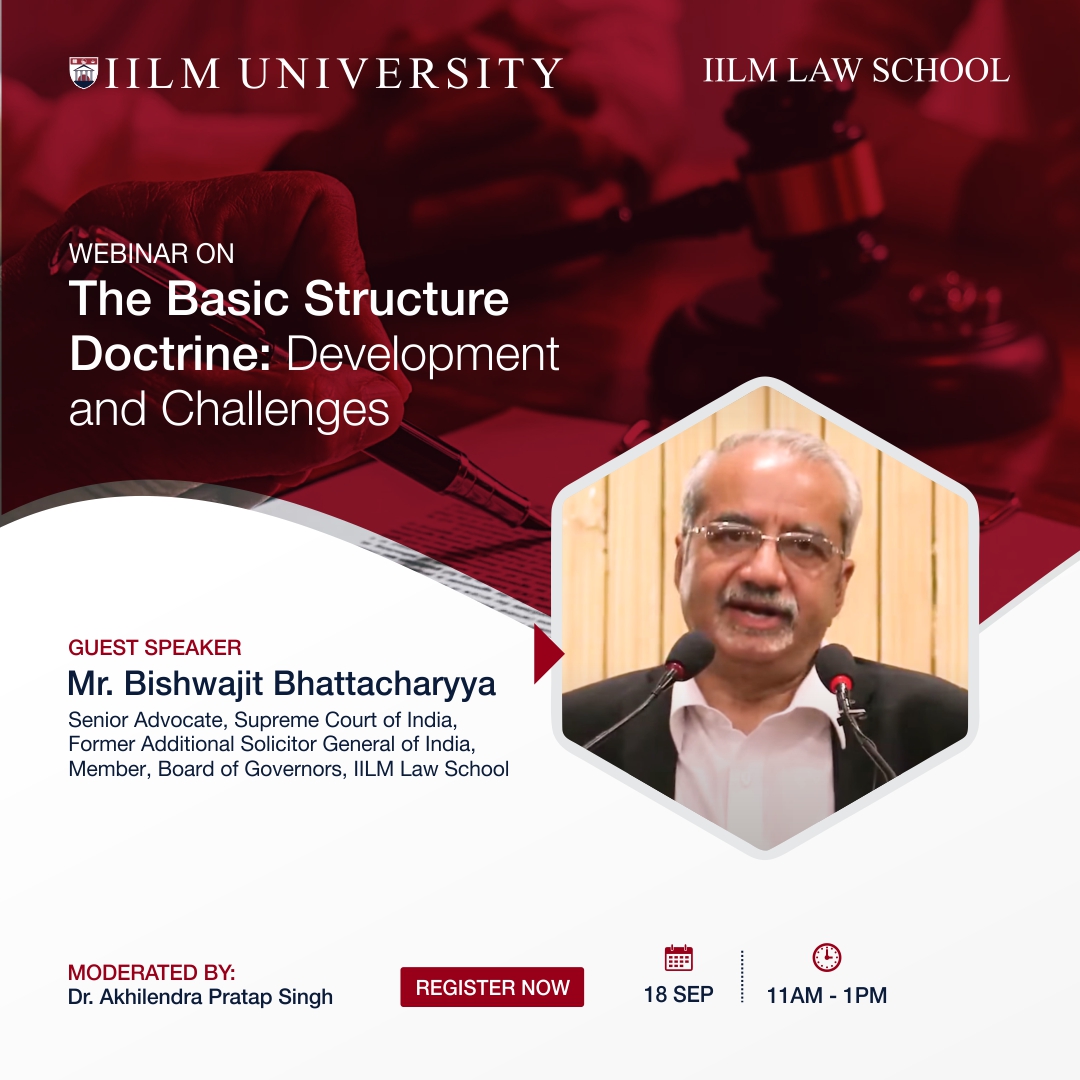 A brief note about the Basic Structure doctrine

About the Chief Guest & Speaker

The Chief guest and speaker for the occasion is Mr. Biswajeet Bhattacharya. Mr.Bhattacharyya, 69, has had a brilliant academic record. A topper from his school in Kolkata, a first class post graduate from St Stephen’s College, Delhi, he has been a rank holder in LL.B& a gold medallist in LL.M (I & III terms) from Delhi University.

He started his career in Price Waterhouse, Peat & Company, then switched over to a PSU Bank. He has been the first foreign exchange dealer in Delhi’s foreign exchange market, representing a large PSU Bank. He then took over as a Senior Faculty Member of NIBSCOM (National Institute of Banking Studies & Corporate Management).

Thereafter, he joined ANZ Grindlays Bank and was soon elated to the position of Country Head, International Banking, ANZ Grindlays Bank. He has travelled in many countries as an international banker, and held charge of Middle East operations of non-resident investment banking operating from the Gulf region.

His passion for law, made him join the bar at 37, as a first-generation lawyer first lawyer in the family. Simultaneously, he has been a Visiting Faculty at IIM Ahmedabad & ILI New Delhi where he taught (evening) corporate laws, tax laws, administrative laws & international trade laws for over a decade.He was designated as a Senior Advocate in 2007 and became Additional Solicitor General in (2009-2012) in the Supreme Court and held an independent portfolio of revenue & banking. He has been a prolific writer in the press and has authored 2 books. He has a passion for philanthropy & music.

Responsibility of moderation of sessions is upon Dr. Akhilendra Pratap Singh.

Webinar on Big tech and Competition Law by KIIT School of Law [May 30; 11 AM]: Register Now!